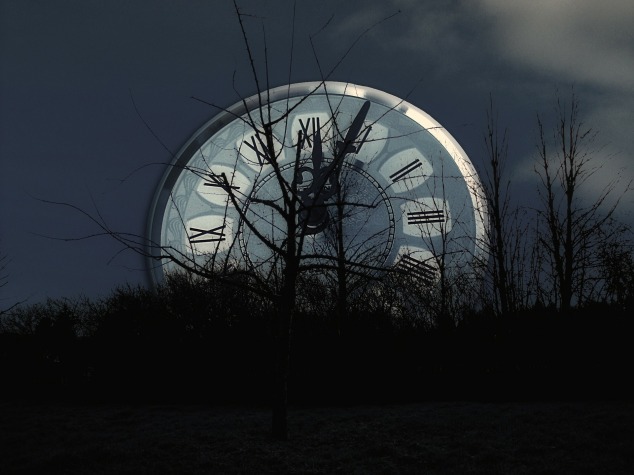 Time travel – it’s a concept that has caught the imagination of countless writers. There’s something so appealing, so delicious about being whisked to another time – whether it’s in the past or in the future. It’s something that I’ve always fancied…I think if I could I’d travel to the Roaring ’20s in Chicago – before the Crash of course! Or maybe the Swinging 1960s in London…

While I do think the Renaissance or Middle Ages in Europe would be fascinating – I have a plain old aversion to dying of a common flu or catching the plague. I like a time with antibiotics thank you very much. While the future holds mysteries – I’m a little hesitant about going too far forward into time. I’m not keen on landing in the middle of a dystopian future where food and water is scarce and there’s no law and order. Or worse, being attacked by mutant zombie robots or something. 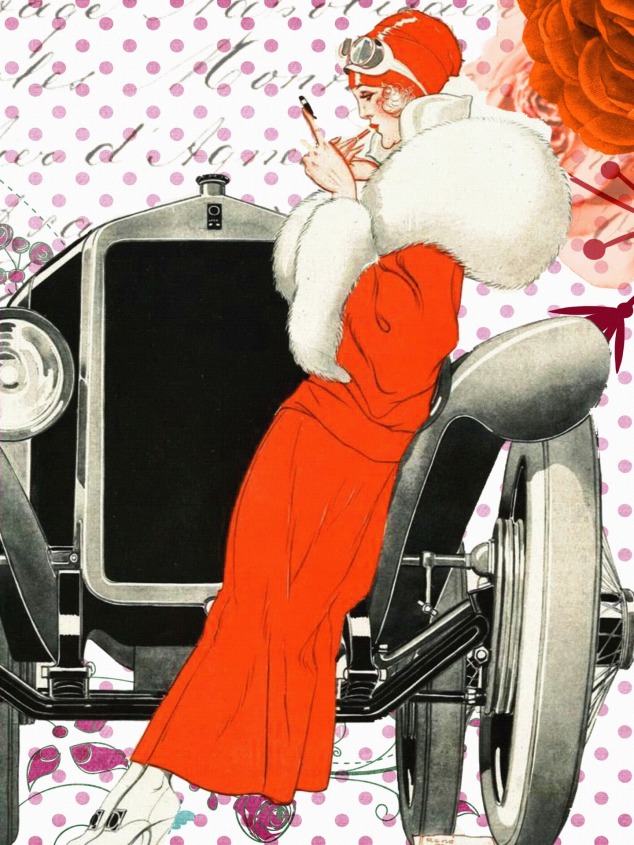 Okay, I admit I’ve probably read too many books and seen too many movies! The future could be a very boring place…but what’s the fun in that when it comes to story telling – am I right?

Now my fears are grounded in the possibility of whether I could actually time travel. Otherwise  by reading novels – whether the characters move in time or the novel is set in a different era or was written hundreds of years ago – I can time travel while sitting in my arm chair without hesitation.

“Reading…it draws you away from whatever life you’re living…a new aspect…something new to see or find out.”

I recently sat down with my friend and avid reader Susan to discuss the power of books and a tour of her personal Kobo library.  See our conversation below on YouTube.

Time travel – whether the novel is set in the future or the past can be woven into any number of genres or plots.  One that’s in the zeitgeist right now is Outlander – a best selling series and currently a big television hit. Mix a little romance, time travel and two historical settings – it’s a veritable smorgasbord for the imagination.

I must admit I tried to read the first book of the series but never got past the first couple of chapters. While I thought the storyline and characters were fascinating I wasn’t quite enamoured with Diana Gabaldon‘s writing style. But after watching a recent Q&A with the author – maybe I’ll try again!

If you could time travel, where and when would you go and why? If you plan on writing a story or novel involving time travel – what would the premise be? What time travelling novels do you love and would recommend?

Not too long ago, I wrote a short comical story inspired by my fascination with time travel. Actually it was inspired by the aftermath of a car accident I witnessed on the highway. Looking at the crumpled vehicle at the side of the road, I guessed that the driver had either died or sustained terrible injuries…but what if they actually made a quantum leap and were still living out their life safe and sound in some other time?  Below is my story.

Time Travel and the Confluence of Random Events

It is precisely 7:41 pm when the moose materializes out of the darkness of the woods to stand impassively in the middle of Highway 7.

At the exact same moment, Cressida watches as her lover Avram slowly unbuttons her blouse. She can’t help but smile at the intent look on his long face, the nose sloped, his eyes narrowing at the sight of her lacy bustier with all the hooks. She’s never worn lingerie, preferring a sturdy cotton bra and briefs to lace and silk. But for Avram she has changed her ways. His fingers unsnap the first eye and hook with great delicacy. Cressida shivers. 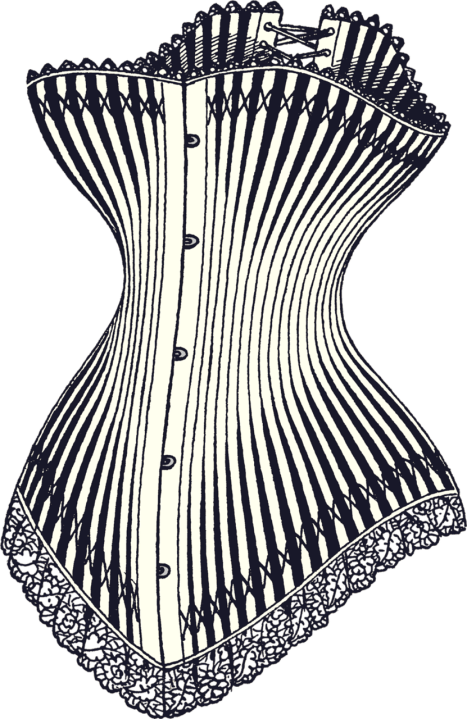 Her husband Richard often wore the same intent gaze but usually it was directed towards the space just beyond her shoulder. It was his deep thought look – and as the years went by he wore it more and more often. An astrophysicist, his growing secret obsession and study was time travel. No one knew about his experiments except for his long-time pen pal Bruno – a watchmaker and sci-fi enthusiast from Switzerland.

Earlier that day at 3:32 pm, Richard had finally succeeded in transporting one of his lab mice through time. To be precise it jumped forward in time by exactly .368992 seconds. It was hardly noticeable to the human eye but nonetheless, the mouse had passed forward through time and space. 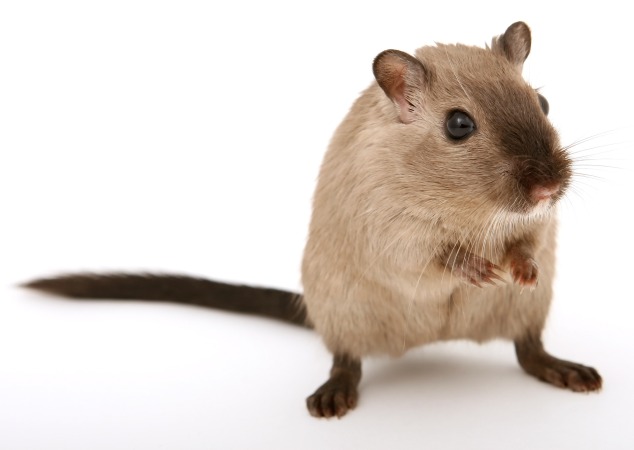 This brown and black rodent was called M-21. One second he was scurrying through a maze and the next he was invisible only to reappear a micro-moment later.

Richard had been injecting M-21 with a serum designed to stimulate the brain’s temporal lobe and then subjecting it to regular electro shocks. The temporal lobe was the region of the brain Richard posited as capable of bending time and matter.

At 4:49 pm, Richard waited until his lab assistant Avram left for the day. Locking the lab door, he removed a special helmet he designed from the safe and stimulated his own temporal lobe with an electric shock of 100 kilojoules a second. He’d already been taking the same course of drugs that he had been administering to M-21 for the last six months.

Once he regained consciousness, Richard felt a little light-headed but otherwise his vitals were good. Sufficiently shocked, he squeezed his eyes shut and willed himself through time. But after a moment, nothing. He had remained where he was.

Nonetheless elated with M-21’s success, he wrote a letter to Bruno. “Dear Friend, Eureka! I’ve finally done it. M-21 moved through time but alas, I personally have not achieved the same success. But I firmly believe it is a just a matter of time before I attain the missing variable. For now, I continue to push forward into the unknown. À bientôt, your friend, Richard.”

At 7:06 pm, after dropping his letter in the staff mailbox, he made his customary daily call to Cressida. He listened to the phone ring six times with no answer.

At 6:45 pm, she was in their bedroom removing a black lace bustier, lace garters and sheer hose from a tissue-lined bag. By 7:06 pm, she had slipped out of the house and rushed to her car, heart racing, already in her mind with Avram in the future. That wasn’t really time travel, but merely a projection as Richard would have invariably stated.

At 7:11 pm, while walking to his car in the university faculty parking lot, Richard shivers slightly in the night wind. Summer is ending, he thinks as he puts the car in drive and steers along the darkened road. “But my work is just beginning,” he smiles to himself.

At 7:41 and six seconds, Richard hits the moose straight on. The metal of his Volkswagon bumper crumpling like paper. In the split second before his entire body careens through the windshield, he wishes himself anywhere else, anytime else – and then blackness.

At the exact same moment, Cressida lies beside Avram in bed, watching him sleep, his chest rising and falling and thinks that if she could stop time, the time would be now.

At 7:41 and 23 seconds, Richard opens his eyes to find himself lying on a dirt path surrounded by trees. The sound of a horse startles him and he scrambles to his feet. He turns to see the rider, a dark-haired woman, blue eyes startled under strong eyebrows. She’s dressed in a rough hewn dress and bonnet, a frown on her face and a shotgun aimed at his heart.

“What are you doing on my land?” she demands.

Richard is giddy. He is certain he’s not in the same time he was before. He giggles. The woman squints. Either this man is drunk or crazy.

“Pardon me but do you happen to have the time?” he says.

Before she can respond, he crumples to the ground in a dead faint.

A week later, Richard’s pen-pal puts the final letter he will receive from his friend carefully back in its white and blue airmail envelope. Bruno studies a clipping from a newspaper which features a photo of Richard and the headline “Prominent Astrophysicist Vanishes” and grins. His heart made lighter he silently salutes Richard wherever and whenever he is.